A one week Workshop on Fuzzy Sets and Fuzzy Logic was held between March 21- 24, 2016 at the Chair of Data Management Systems and Knowledge Representation (DaWis). In the workshop, Prof. Deshpande introduced the capabilities of fuzzy sets and fuzzy logic and their applications in applications in the computational domain.

The godfather of Fuzzy Logic and his son from India 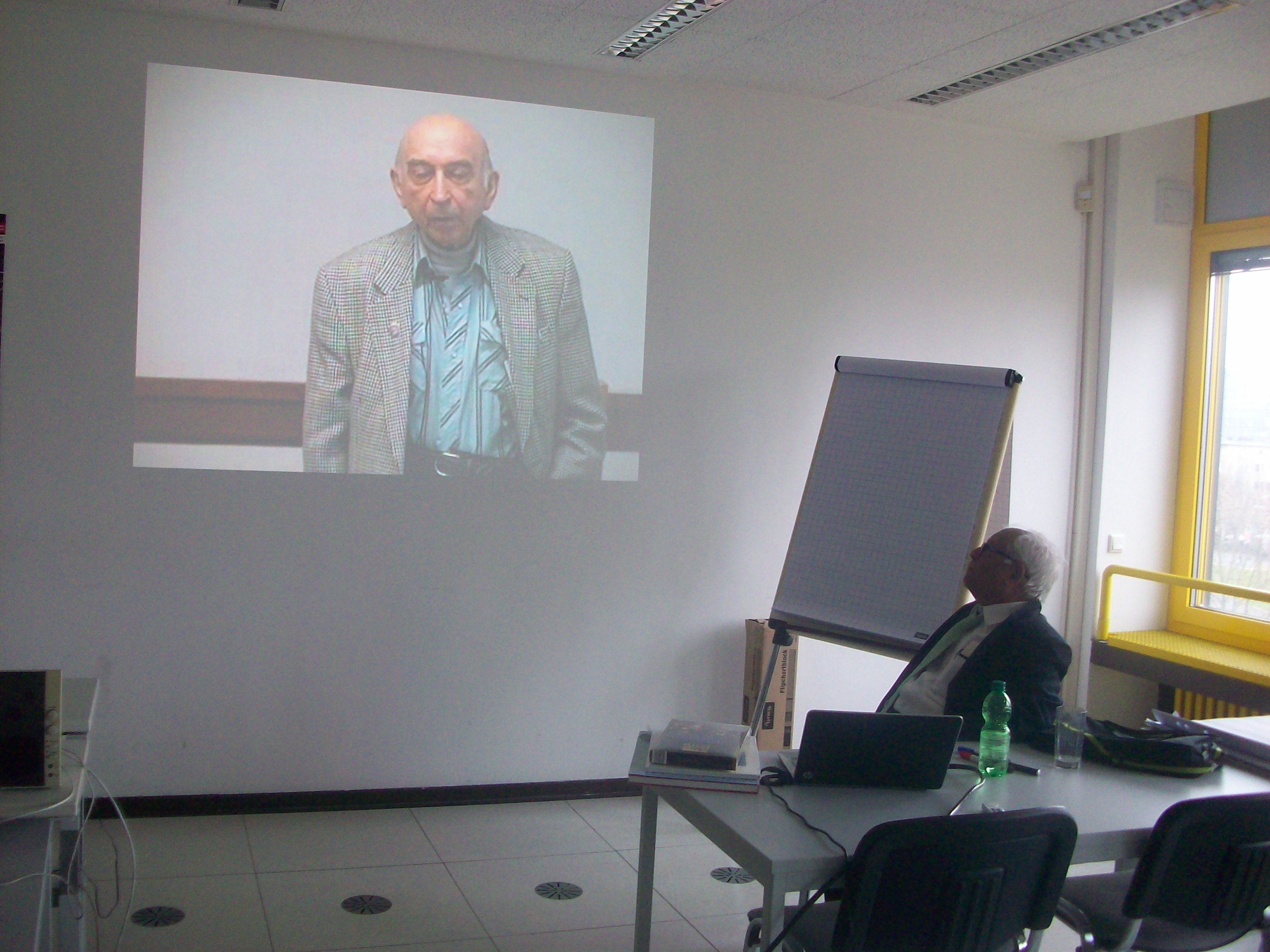 Professor Ashok Deshpande, Founding Chair Berkeley Initiative in Soft Computing (BISC)-Special interest Group (SIG)-Environment Management Systems (EMS) holds a PhD degree in Engineering and Technology. He is an Adjunct Professor at University of Pune and also at College of Engineering Pune India. In the past, Dr. Deshpande was Deputy Director, National Environmental Engineering Research Institute (NEERI) /CSIR. He has over 4 decades of R&D experience and has over 120 publications in the Journals of international repute/conferences. Dr. Deshpande has contribution in probability risk analysis for chemical process industry, and reliability engineering applications to variety of engineering systems, environmental engineering with special reference to water supply engineering, medical diagnosis and alike.  Though worked on complex mathematical techniques, in early 80's, he got interested in fuzzy logic applications initially to risk analysis and environment management systems and later to several systems in science and technology.

Dr. Deshpande was WHO Adviser, Common Wealth Science Council Resource Scientist, World Bank Project Director for the studies on Probabilistic Risk Assessment for Chemical Process industry. He also organized a Workshop as WHO Adviser in 5 countries on Unaccounted for Water Management and also assisted Danish International Development Authority (DANIDA) as a Project Advisor.

More importantly, Professor Lotfi Zadeh, the founder of fuzzy logic, after listening to many seminar talks, asked Professor Ashok Deshpande to be the Chair of Berkeley (BISC)-(SIG)-(EMS). He is also guest faculty at the University of California Berkeley and visiting scientist at Lawrence Berkeley National Laboratory, CA.

A memory from the Prof. Deshpande's visit

In 2004, Dr. Deshpande was invited by the International Atomic Energy Agency (IAEA) as an expert for organizing a Training Program at CDTN, Brazil on Fuzzy logic with applications and again in 2006. In March 2008 and 2011 Professor Deshpande organized a Training workshop on Fuzzy sets and Fuzzy logic with Applications at the University of Illinois Chicago USA (sponsored by VRI Chicago) and in Kathmandu, Nepal in 2009.  In June 2011 similar faculty training workshop was organized in the University of British Columbia Canada. Dr. Deshpande's has a passion and mission to propagate the use of fuzzy logic nationally and internationally. At present, his all doctoral students work only on fuzzy logic related topics.